Devastating floods in Nepal and the story of a real hero

Devastating floods in Nepal and the story of a real hero 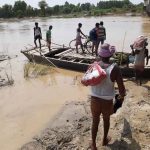 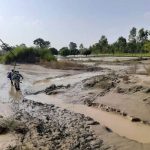 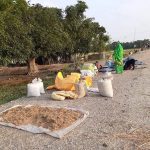 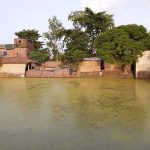 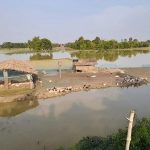 After the flooding disaster this month in that affected 28 districts in Nepal and killed 90 people in total with 29 people still missing The Yearley Trust’s director in Nepal Shankar Silwal, who is an expert on medical emergencies co-ordinated the organisation of a team of several suitably experienced people. He also the organised donations to buy medicines. The Trust’s chairman John Yearley personally contributed 70% of the cost of medicines.

The flooding disaster was mainly centered on Siraha, Sarlahi, Saptari, Mahottari, and Rautahat in Province 2 and Sunsari, Morang and Udayapurin Province 1 . Besides the deaths 18,694 houses were destroyed or badly damaged and 384,950 people were affected

Shankar and his six companions set out for the area but the final stages of the journey near the worst of the disaster area were so hazadous that two people turned back but Shankar and his four companions struggled on through the floods and the mud.

They found a situation where almost all septic tanks and pit latrines were flooded and the seweage and human waste overflowing from them combined with the fact that people had to defecate on open ground massively increaseed the risk of communical diseases including cholora and typhoid.

The team dispersed emergency medicines and also educated everyone on the best practices to avoid diseases and at the same time reassured the local population that everything would be OK. The fact that in some areas the only way to travel was on, or in, contaminated water further increased risks. Shankar was invited to come to meet the Minister of State and varoius council ministers and to address a very high level meeting off Nepali local ministers about coordinating emergency medical supplies in Janakpur and to inform them about the work of The Yearley Trust. The Nepalese army kindly provided transport to take Shankar to Jankpur

Many problems still exist with housing and medical problems such as pregnant women being unabe to get to hosital because of the flooding but the team left people very thankful for the help that they were receiving and they very happy to provide food and accomodation for the team and local police helped with things like mosquito nets. Also likely contaminated land means that the risk of cholora from crops planted after the water receeds will last for some time as will access to health and medical facilities

The Yearley Trust is proud of it’s director’s efforts and hopes to build on this experience and build up a team of volunteers that can help any emergency in Nepal that needs medical support.